The Not So Micro Aggression

You are here: Home / The Not So Micro Aggression 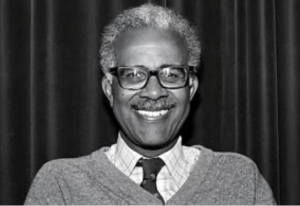 It is ironic…the term MICRO-aggression.  My personal experiences have made me a bit hypervigilant when it comes to the comments and behaviors of non-Black folks in my space, so when it happens (a microaggression that is), it feels like anything but MICRO.  As I have gotten older and gained better understanding of intention and nuance, it feels more like a punch in the gut.  I often find my internal voice responding: “What the F$#* did you just say to me??!!”.  But more on that later.

Dr. Chester M. Pierce was a Black man. A psychiatrist. A professor of education and psychiatry at Harvard Medical School. A consultant to the long running Sesame Street according to a quick wikipedia search.  And the person who coined the term that I am here to talk about today: MICRO-AGGRESSION.  Much of what Pierce wrote regarding the subject was based on personal experience and observations specifically between Blacks and Whites. He highlighted the effects of the cumulative nature of the intentional or unintentional acts of insult or dismissal made against Blacks by their non-Black counterparts.

Derald Wing Sue is a Chinese-American professor of counseling psychology at Columbia University and expanded on Dr. Pierce’s work.  In a 2007 article in the American Psychologist (Vol. 2, No. 4), Sue discusses three types of racial transgressions and their relevance to clinical practice:

There is a pronounced intersection of my racial identity with the other areas of my life.  As a young person, I did not quite understand it.  It was more like moments where something happened that might have made me a little confused or have a feeling that something was not quite right.  But as I got older and gained a clearer understanding of  bias, ignorance, privilege, and all of the “isms”, deciphering these moments became second nature.

As I mentioned above, what once seemed like confusion is now a spectrum ranging from  annoyance – – – > woosahhhh – – – > Oh she got me f*$&ked up!  To make it simple, I have outlined three examples below of my own experiences.  Things that have happened more times than I can count, each time rendering a reaction further and further up that spectrum.   As you read along, I encourage you to think about your own experiences.  As a person of a marginalized group, what has been your interpretation and reactions to these types of interactions?  As a person outside of these marginalized groups, what has been your level of personal awareness?  The following are my most frequently experienced:

Each response just as offensive as the next, I typically use these moments as an       opportunity to teach.  Teach my non-Black counterpart a lesson in “if you say that to the wrong person you will get smacked”.  The over-generalization of Black people is a symptom of a much larger problem and what often fuels what has come to be known as microaggressions.

It may be difficult to fully understand from an outside perspective, but after years and years and yearssssss of the exact same questions and reactions from folks,  it begins to feel like I am here on display for your entertainment.  Like something so typical within my culture is highlighted in such a way (often in front of an audience of other non-Black folks) to make me feel like not only am I different but most certainly not the standard (which by the way I would never want to be).

My focus here has been my own experiences as a Black woman, but these types of interactions occur in each and every marginalized group of people for reasons ranging from privileged curiosity to blatant racism (or other ism).  Folks on the other side may say things like “I didn’t even mean it like that” or “Why does it always have to become about color”…and to them I would say to check your privilege.  To not even be able to conceptualize how one might be offended by your unintentional comment or gesture is the definition of privilege.  It is okay to be curious and even welcomed in some circumstances, but for folks who may unintentionally engage in these micro aggressive behaviors, I challenge you to educate yourself.  To explore that intersection of your privilege and your curiosity to determine how you can become more self-aware, culturally informed, and generally respectful of those different from you.

Dr. Pierce opened up a pandoras box of sorts when putting a name to all of this.  I would imagine if one were to interview members of the many marginalized groups on this planet, each would have a story that may create some new category under the MICROAGGRESSION umbrella.  And we all have probably been guilty at one time or another of committing the act toward someone different than us, because as it says, it can often be unintentional.  Just a natural curiosity.  But we ALL have to remember that sometimes our curiosity can be at the expense of another person’s wellbeing.  And that is on US (me, you, the offender) and not THEM.

SIDENOTE: I often tell groups that I work with in professional capacities that if we are not willing to have the difficult conversations then we are never going to grow past and through where we are.  So if you find yourself taking offense when you read pieces like this, I urge you to ask yourself why.  What is it about correcting of our collective offenses toward one another that makes you uncomfortable?  And if you need help figuring that out, you can hire me or someone like me to talk it out!